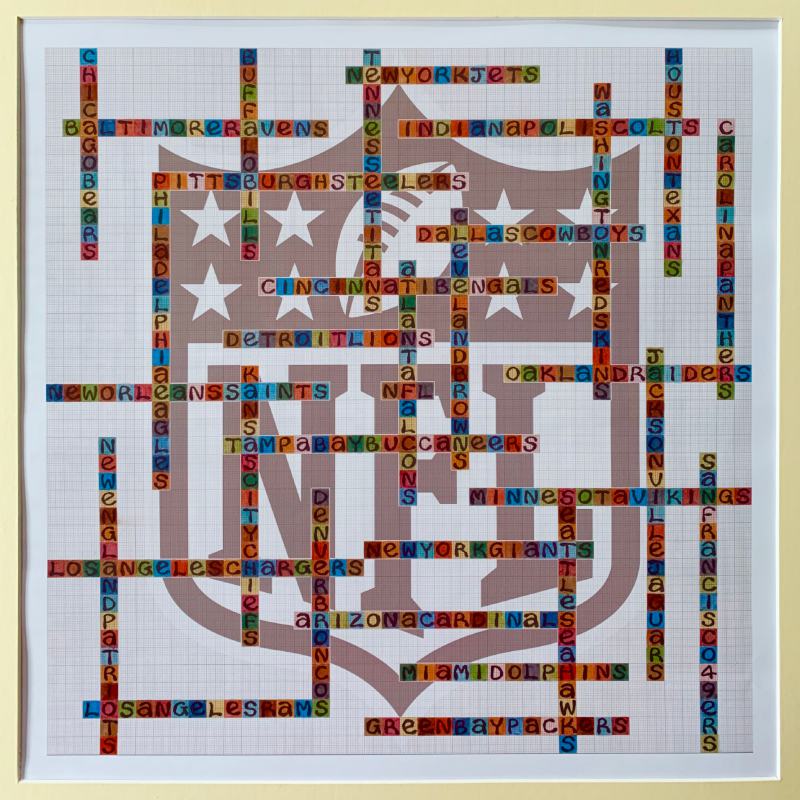 The limited edition prints of this NFL name-chains design are signed and numbered by the artist. Only 500 have been printed.

The limited edition prints of this NFL name-chains design are signed and numbered by the artist. Only 500 have been printed.

The size of the NFL name-chains print is 37cm x 37cm and will fit a standard 50cm x 50cm square frame. Larger prints of this design can also be produced as required. Prints of this design are also available on other mediums by request, such as canvas, hardboard, perspex…

The limited edition signed and numbered NFL print is £30 (plus P&P).

This NFL name-chains design will soon be available on T shirts.