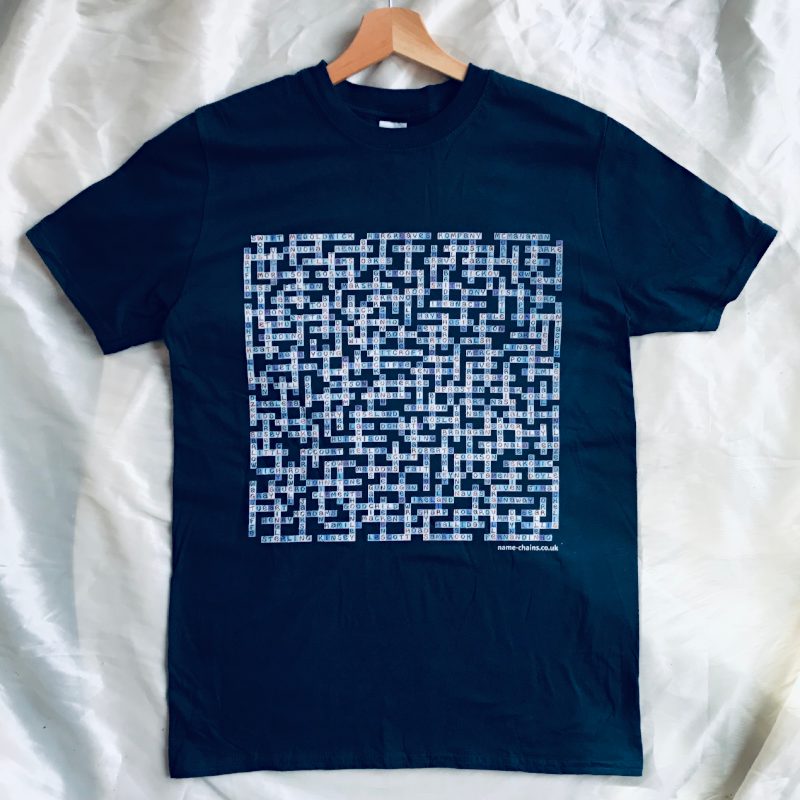 The T-shirts come in a range of colours and sizes. They are produced by Upfront Apparel.

This Manchester City name-chains design is also available on limited edition prints, as shown on this website.