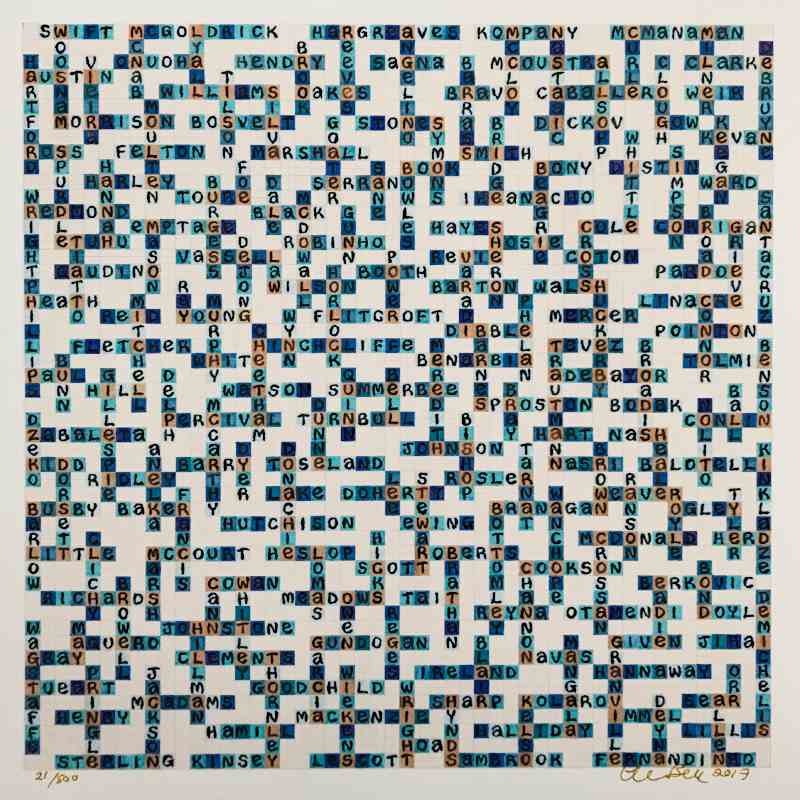 The limited edition prints of this Manchester City name-chains design are signed and numbered by the artist. Only 500 have been printed.

Bespoke versions of the Man City name-chains print design can be created on request. For example, if a specific favourite player isn’t included amongst the names, his name can be adapted/incorporated into the original design as a one-off.  You may even want to include your own name!