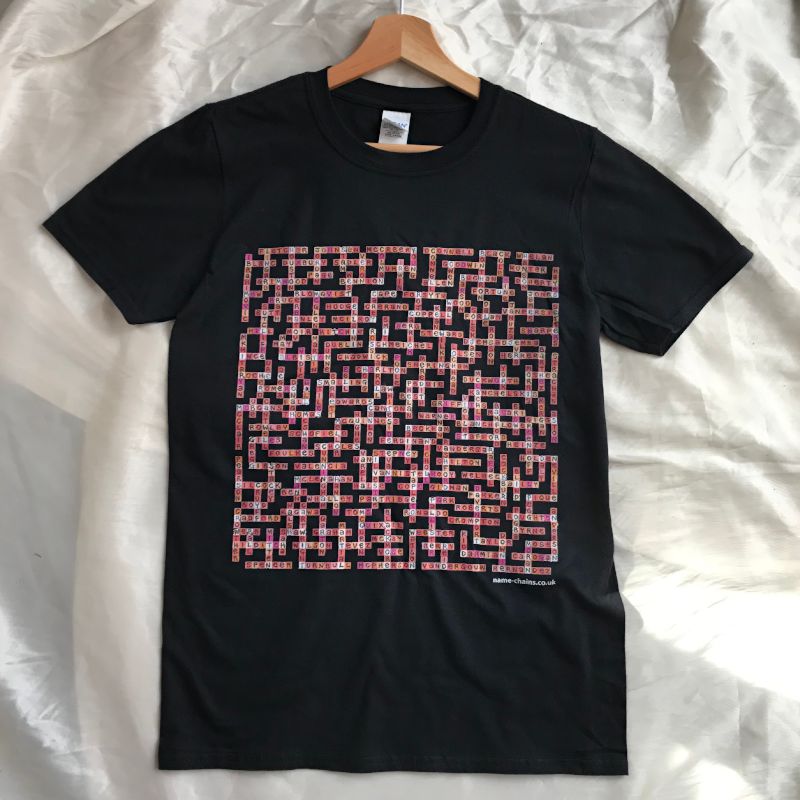 The Man Utd name-chains T-shirts come in a range of colours and sizes. They are all produced by Upfront Apparel.

Manchester United have won more trophies than any other club in English football, with a record 20 League titles, 12 FA Cups, 5 League Cups and 21 FA Community Shields. Man Utd have also won three UEFA Champions Leagues, one UEFA Europa League, one UEFA Cup Winners’ Cup, one UEFA Super Cup, one Intercontinental Cup and one FIFA Club World Cup. In 1998-99, the club became the first in the history of English football to achieve the continental European treble. The club’s home ground is Old Trafford and the team is managed by Ole Gunnar Solskjaer.

The T-shirts come in a range of colours and sizes. They are all produced by Upfront Apparel. Each T-shirt is £20 (plus P&P).

This Manchester United name-chains design is also available on limited edition prints, as shown on this website.