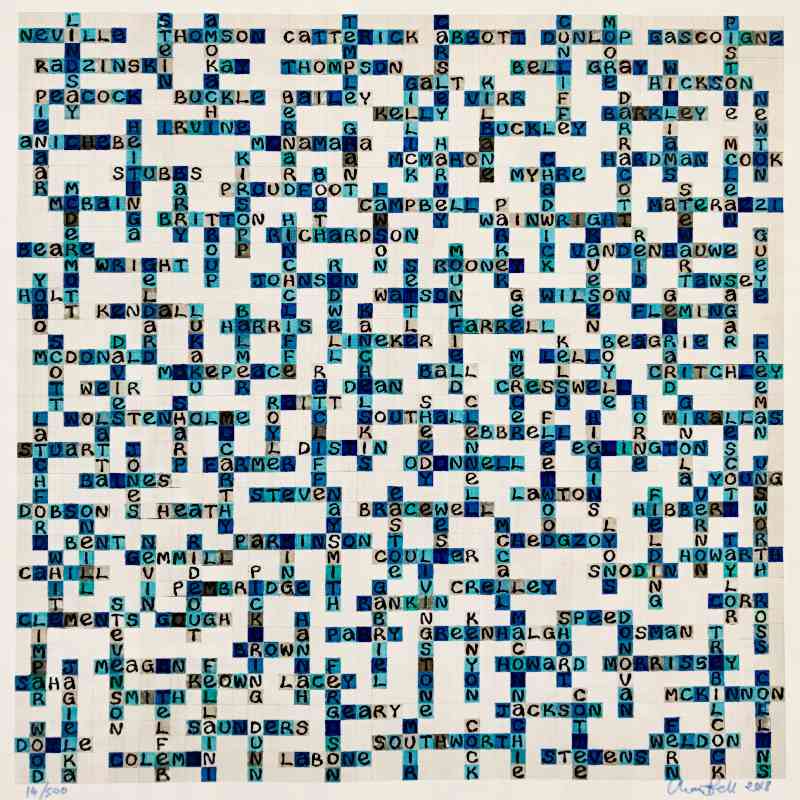 Everton have won 15 major trophies: the League Championship nine times, the FA Cup five times and the UEFA Cup Winners Cup once. The club’s home ground is Goodison Park and the team are managed by Marco Silva.

Bespoke versions of the Everton name-chains print design can be created on request. For example, if a specific favourite player isn’t included amongst the names, his name can be adapted/incorporated into the original design as a one-off.  You may even want to include your own name!

The limited edition prints of this Everton name-chains design are signed and numbered by the artist. Only 500 have been printed.

The size of the Everton FC name-chains print is 37cm x 37cm and will fit a standard 50cm x 50cm square frame. Larger prints of this design can also be produced as required. Prints of this design are also available on other mediums by request, such as canvas, hardboard, perspex…

The limited edition signed and numbered Everton FC print is £30 (plus P&P).

This design is also available on T shirts, as shown on this website.