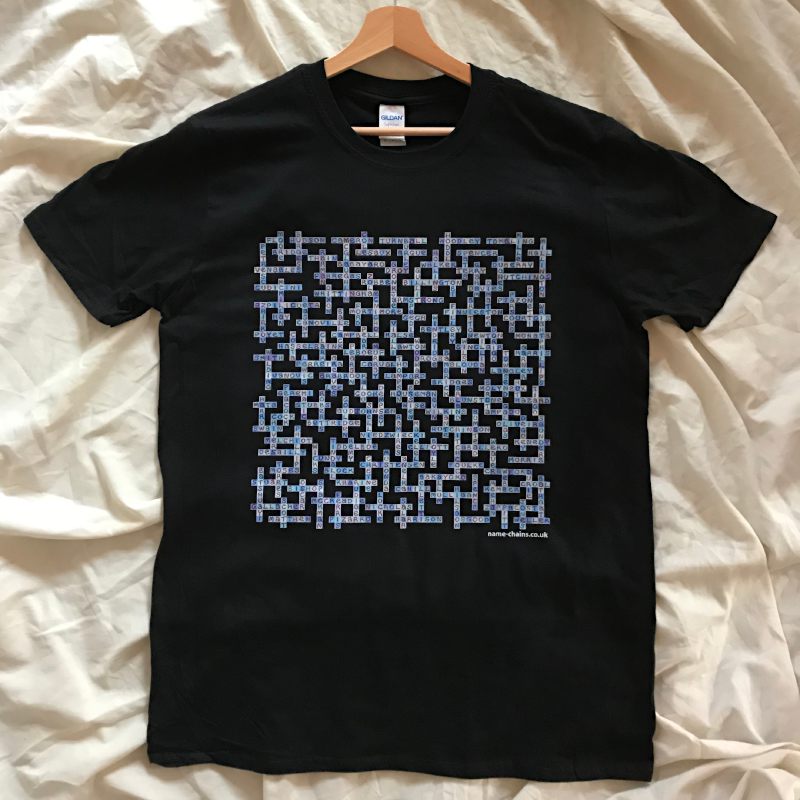 This Chelsea FC name-chains design is also available on  limited edition prints, as shown on this website.